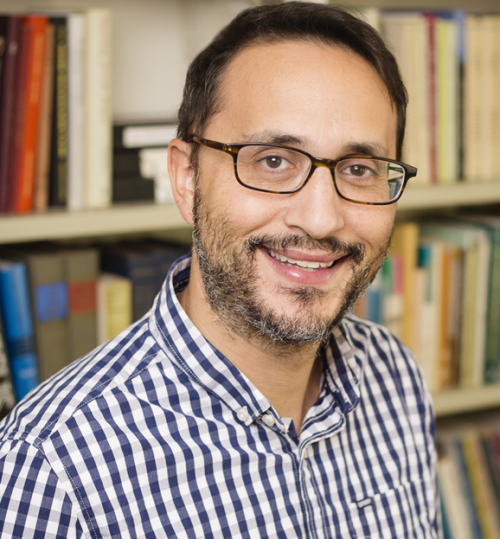 In their 1885 Pittsburgh Platform, the leading rabbis of American Reform Judaism declared that “we reject as ideas not rooted in Judaism, the belief … [in] Gehenna (Hell).” Arguing that that such assumptions misrepresent the history of Judaism, this lecture will examine ancient Jewish discourse about Gehinnom to unearth the distinctive values, anxieties, aesthetics, fantasies, and hopes encoded within classical Jewish culture. Without such an analysis, our understanding of Judaism remains incomplete.

Dov Weiss is an Associate Professor of Jewish Studies and a Conrad Humanities Scholar (21-26) in the Departments of Religion, Classics and Medieval Studies at the University of Illinois at Urbana-Champaign. He completed his PhD at the University of Chicago Divinity School as a Martin Meyer Fellow in 2011 and was the Alan M. Stock Fellow at Harvard University’s Center for Jewish Studies in 2012. Specializing in the history of Jewish biblical interpretation and rabbinic theology, Dov’s first book, Pious Irreverence: Confronting God in Rabbinic Judaism (University of Pennsylvania Press), won the 2017 National Jewish Book Award in the category of Scholarship.