Where I’m From: Your Jewish Memoir 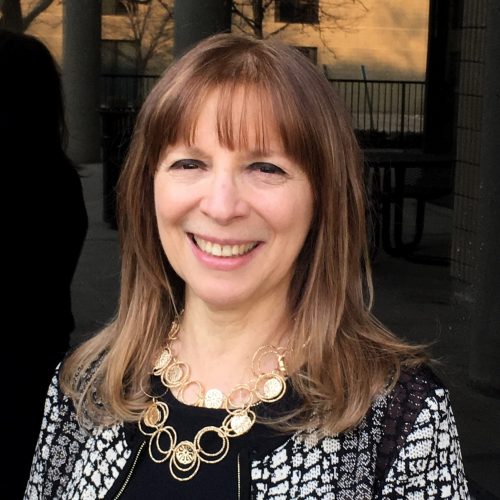 ABOUT THIS EVENT: Have you ever wanted to write down some of your life stories? Join Janet R. Kirchheimer for a fun-filled hour of writing exercises, as well as learning about the craft of writing.  No experience is necessary, just bring your enthusiasm and willingness to try.

ABOUT THE SPEAKER: Janet R. Kirchheimer is a Clal Teaching Fellow, Assistant to the Presidents, and LEAP Program Manager. A poet, essayist, creative writing teacher, and filmmaker, she is the author of How to Spot One of Us (2007, Clal). Nominated for a Pushcart Prize, her work has appeared in numerous journals, anthologies, and on-line publications.

Janet has taught and given talks and readings at a wide variety of organizations.  Most recently she was part of a “Six-Word Memoir” storytelling event held at the Tenement Museum in New York City, and her chapter “At the Water’s Edge: Poetry and the Holocaust” appeared in “The Psychoanalytic Textbook of Holocaust Studies” in 2019.  Janet is producing, AFTER, a film that explores poetry written about the Holocaust featuring renowned contemporary poets.

She is also a gold-star licensed New York City Sightseeing Guide conducting tours about the first Jewish community in North America, founded in 1654.  When she’s not giving tours, Janet is busy being a hyphenated American – the daughter of Holocaust survivors, an avid reader, singer, knitter, opera lover, and that’s just the beginning.  Janet brings her passion and curiosity about life and Judaism to everything she does at Clal.