Staff & Board Of Directors

Staff & Board Of Directors

Rabbi Yanklowitz has twice been named one of America’s Top Rabbis by Newsweek and has been named by The Forward as one of the 50 most influential Jews and one of The Most Inspiring Rabbis in America. Rabbi Yanklowitz is the author of nineteen books on Jewish ethics and his writings have appeared in outlets as diverse as the New York Times, the Wall Street Journal, the Washington Post, the Guardian, and the Atlantic among many other secular and religious publications. He has served as speaker at the World Economic Forum in Davos, Switzerland and a Rothschild Fellow in Cambridge, UK. 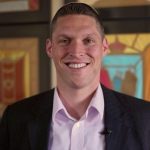 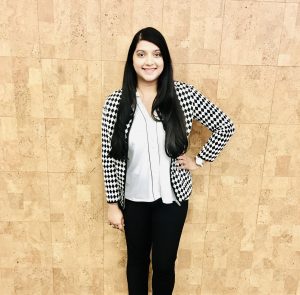 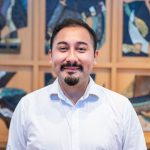 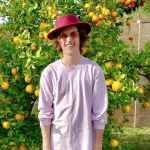 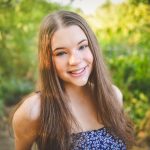 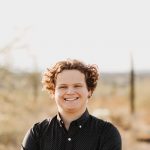 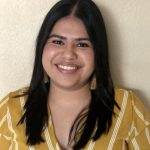 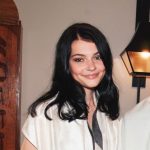 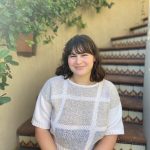 Pam Bhullar has a diverse background in small business digital marketing, mentoring youth, online teaching and years of volunteering with organizations such as Phoenix Children’s Hospital, Big Brothers Big Sisters, Habitat for Humanity, Feed My Starving Children and the list goes on. Having earned her master’s degree from Thunderbird School of Global Management, Pam has an affinity for cross cultural communication, collaborative leadership, negotiation and relationship building that serves to bridge gaps both within the workplace and sustaining community partnerships. Pam truly believes in the concept of “we rise by lifting others” and couldn’t be happier to be working in a position where passion meets purpose, every single day.

Since he was a teenager, Eddie Chavez Calderon has been deeply involved in social justice work. From the trenches to the coasts and everywhere in between, Eddie fights for a progressive movement that works towards a more inclusive, diverse America. Despite having many obstacles in his way, nothing has deterred Eddie from continuing to fight for the migrant community!
As a DACA recipient and someone who has immersed with the Jewish tradition,  Eddie finds his passion for justice through his latent Jewish values of continuous education and repairing the world, as well as his personal struggles with systemic oppression.

Austin Davis is a poet and student activist currently studying creative writing at ASU. Austin is the author of The World Isn’t the Size of Our Neighborhood Anymore, published by Weasel Press on March 3rd, 2020.

Ellie Sims is a Senior at BASIS Chandler and a rising freshman at Georgetown University. They enjoy community organizing around core Jewish values and education for the greater good. Sims is passionate about immigration reform, preserving democracy, feminism, intersectionality, queer justice, and fighting for a more just, equitable future.

Ari Anderson is a current senior at Brophy College Prep. A Phoenix native, Ari has been engaging with the local Jewish community since birth. Before joining AJJ, Ari participated in multiple service trips around the west coast and abroad, primarily traveling to assist Jesuit organizations in everything from construction to equine care. Ari enjoys practicing his Spanish when no one else can hear him and eating his weight in leftovers.

As a DACA recipient, Salma Ortiz Diaz has been involved in the migrant rights movement for about 5 years now. She is past co-chair of the South Mountain Community College’s MECHA chapter and has recently graduated from SMCC with her associates in Arts. Salma is excited to be  pursuing her education at Arizona State University in the fall, where she plans on majoring in social work.

Sophia Hammer is a senior at Gilbert Classical Academy High School. Since she was young, she has always been enthusiastic about making a difference within her community. She was recently an intern on the Mark Kelly Campaign and is currently working with Arizona March For Our Lives to promote gun reform and mental health awareness. She has taken action in the forms of peaceful protesting, lobbying for bills, occupying government buildings, and working on campaigns in order to combat the inaction of our government and make the community a more inclusive space for everyone.

Talia Hoffer is a current student at Chaparral High School and an involved member of BBYO. She has been a part of the Phoenix Jewish community her entire life and is passionate about all aspects of social justice. She is focused on Environmental and Inidgenous Justice at Arizona Jews for Justice. She deeply about making change for the environment, the indigenous community, the criminal justice system, and everything in between. Talia spends most of her time with her plants and animals, and hopes to work in environmental science and social action. 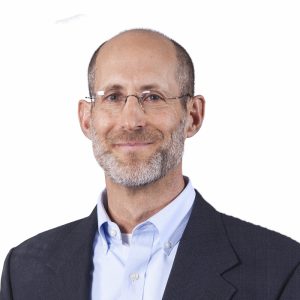 David Lieberman has lived in the Valley of the Sun since 1982. He is a member of Temple Solel and a student of Torah. He is also actively involved in the Jewish community in San Miguel de Allende, Mexico. David is a retired management consultant and is a Spiritual Director. 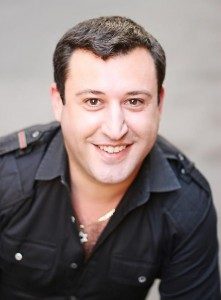 Josh Wertlieb, a recent transplant from Boston, is an entrepreneur and Wholesale Wine Trader. Josh is a founder of The Young Jewish Funders of AZ and the Pilot Light Mentor Conference for Free Arts of Arizona. He is also a board member of the Howard & Geraldine Polinger Family Foundation. He and his wife Rebecca currently live in the Encanto-Palmcroft neighborhood of Phoenix. 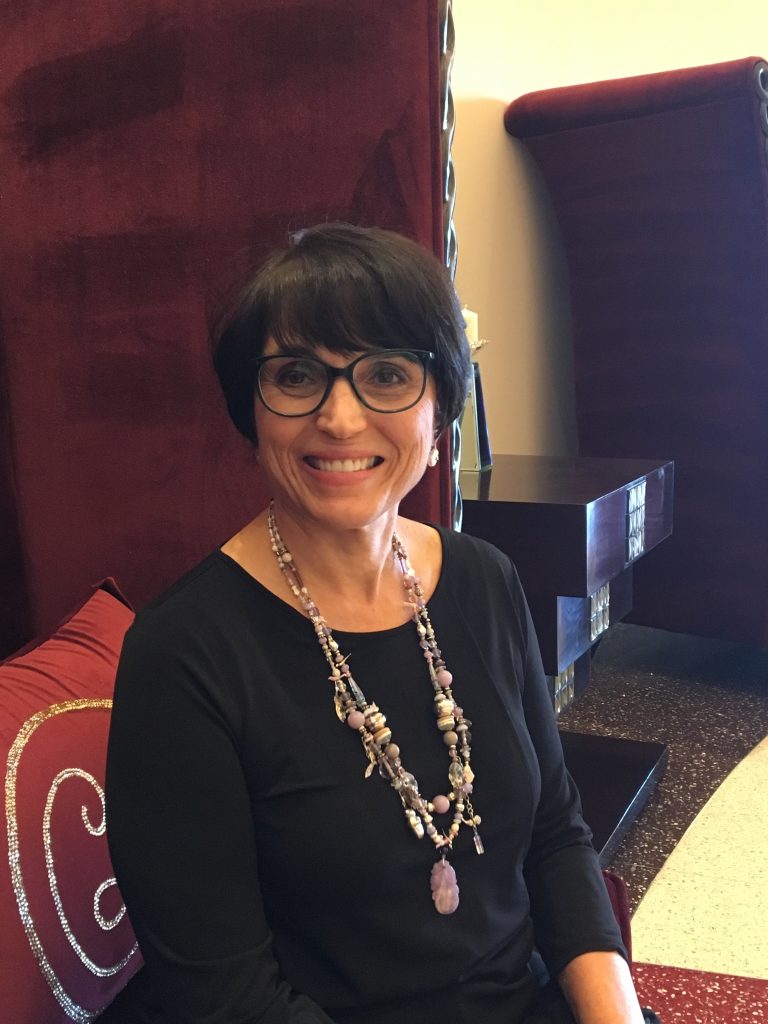 Jackie attended Sarah Lawrence College and The Mount Sinai School of Medicine, followed by a pediatric residency at Mount Sinai Hospital in New York City and Jackson Memorial Hospital-University of Miami School of Medicine. She completed a fellowship in Pediatric Gastroenterology, Hepatology and Nutrition at Children’s Hospital of Philadelphia. She moved to Phoenix in 1983. She served as medical co-chairperson of the Arizona Chapter of the Crohn’s and Colitis Foundation for 6 years. She had a solo practice for 20 years, and for the next 10 years was a member of the Pediatric Gastroenterology group at Phoenix Children’s Hospital. She and her husband, Dr. Michael Schwimmer, are members of Temple Chai. 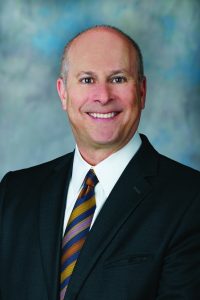 Mark Feldman serves as Chief Executive Officer and is a Managing Partner for MRA Associates. Recognized multiple years as a Barron’s top independent financial advisor and Phoenix Five Star Wealth Manager, Mark possesses extensive credentials in the wealth management industry with more than 30 years of experience. Mark was appointed as the Commission Chair for the Arizona Commission on the Arts by former Arizona Governor Jan Brewer and was recently reappointed for a third term by Governor Doug Ducey. He currently serves on the Board of Directors for Arizona Community Foundation (Chair of Investment Committee) and the Jewish Community Association of Greater Phoenix (Co-Chair), the Board of Trustees for the Phoenix Art Museum (Treasurer), Valley Beit Midrash (Chairman), Temple Chai (Vice President) and is a member of Greater Phoenix Leadership. 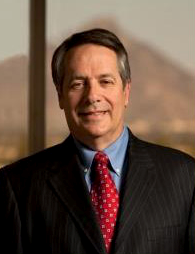 Stan has been active in the Greater Phoenix Jewish community for over 40 years. He has served in numerous leadership positions, including President of the Board of Beth El Congregation for four years. Stan and his wife, Cheryl, are a founding family of Congregation Or Chadash. Stan has served on the strategic planning committee for the Pacific Southwest Region of United Synagogue of Conservative Judaism. He is a founding partner of Hammerman & Hultgren P.C. 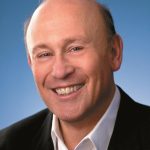 Howard moved to Scottsdale with his wife, Judy, in 2016 and almost immediately became involved with Valley Beit Midrash. Howard, a retired CPA, focused his professional career on estate and gift planning. Howard was the managing partner of a local firm in St. Louis and during his 15 years as managing partner oversaw a tripling of firm revenue. He served as the worldwide chair of BKR International, an association of accounts in over 80 countries. Howard has served on a number of charitable and civic boards including Temple Shaare Emeth (St. Louis), De Paul Foundation and its Executive Committee, Chesterfield Community Development Commission (President), Temple Solel (Paradise Valley) as well as committees for several other not for profit organizations. Howard has also served on strategic planning task forces for Temple Shaare Emeth, Jewish Family and Children’s Services (St. Louis) and the Monarch Fire Protection District. Howard has been recognized as one of the top 100 St.Louisians to Know, and the top 10 Accountants of the Year (St. Louis). Howard has spoken at national and international conferences and has published almost a dozen articles during his career. 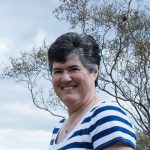 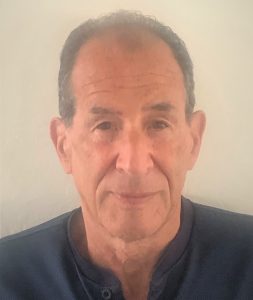 Carole Zeichick moved to the Valley of the Sun in 2013, and has embraced Greater Phoenix with enthusiasm – even when the temperature is north of 115°. Carole is a full-time volunteer who manages support groups for the families of U.S. Marine Corps service members and recruits. In the Jewish world, Carole serves on the boards of Temple Chai, Jewish Free Loan, and the Debbie Freedman School of Sacred Music (DFSSM), which is the cantorial program of Hebrew Union College-Jewish Institute of Religion in New York. Before emigrating to the Sonoran Desert, Carole worked as a loan officer in the San Francisco Bay Area, and before that, as a piano teacher certified through the Royal Schools of Music in the United Kingdom. A proud native of Glasgow, Carole splits her time between Arizona and Scotland.

Steve Shobin was born and raised in Baltimore, Md, graduated from the University of Pittsburgh in 1966, and worked briefly as a case worker in Baltimore’s Department of Public Welfare.  Always interested in the stock market, Steve soon switched paths, and began a 41-year career on Wall Street, from which he retired in 2008.  Raising his 3 children in Watchung, NJ, Steve moved to Arizona in 2009.  While still very active in the stock market, Steve spends much of his time volunteering for the elder community via Chabad’s fabulous Smile On Seniors program. Other interests include sports (except golf) and 50’s/60’s/70 rock, folk, blues and gospel music.