Annual Hammerman Lecture – “The Seismic Shift in American Jewish Life – Where Are We Headed?” 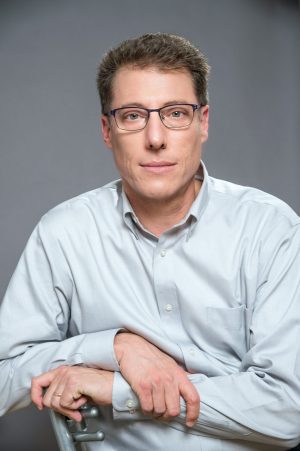 ABOUT THIS SPEAKER: Dr. Daniel Gordis is Senior Vice President and the Koret Distinguished Fellow at Shalem College. The author of more than ten books, Gordis is a columnist for Bloomberg Opinion and writes regularly for the Jerusalem Post. Gordis’ history of the State of Israel, entitled Israel: A Concise History of a Nation Reborn, received the 2016 National Jewish Book Award as “Book of the Year.” Ambassador Dennis Ross, reflecting on the book, wrote, “When I am asked ‘Is there one book to read about Israel?’ I now have an answer.” Yossi Klein Halevi wrote, “Daniel Gordis has written a luminous history …. Gordis gives us the soul of Israel, and helps explain why the most hated country on the planet is also among the most beloved.”

Gordis’ writing has appeared in magazines and newspapers including the New York Times, The New Republic, the New York Times Magazine, Azure, Commentary Magazine, and Foreign Affairs, and his books have received numerous awards. He won the National Jewish Book Award for Saving Israel, in 2008, and both Becoming a Jewish Parent and his book (co-authored with Dr. David Ellenson of the Hebrew Union College), Pledges of Jewish Allegiance: Conversion, Law, and Policy-Making in 19th and 20th Century Orthodox Responsa (published by Stanford University Press in 2012) were Finalists for the National Jewish Book Award. The Promise of Israel: Why Its Seemingly Greatest Weakness is Actually Its Greatest Strength, was named by Jewish Ideas Daily as one of the “best Jewish books of 2012.” Commentary Magazine has called Gordis’ most recent book, Menachem Begin: The Battle for Israel’s Soul, “the gold standard in Begin studies.” When the Hebrew edition of his Begin biography appeared in July 2015, it quickly rose to Israel’s national bestseller list.

During the Gaza War of 2014, Bloomberg Views asked him to become a columnist explaining Israelis’ views of the conflict to the world at large. Professor Alan Dershowitz has called Gordis “one of Israel’s most thoughtful observers.” The Forward has called him “one of the most respected Israel analysts around.” In 2014, the Jerusalem Post listed him as one of the world’s 50 most influential Jews, while Jeffrey Goldberg of the Atlantic has written, “If you asked me, ‘of all the people you know, who cares the most about the physical, moral and spiritual health of Israel?’ I would put the commentator and scholar Daniel Gordis at the top of the list.” Leonard Fein has written that Gordis is “perhaps the single most popular speaker on Israel to American Jewish audiences.”

Gordis’ newest book is entitle We Stand Divided: The Rift Between American Jews and Israel (publication in September 2019). Ambassador Michael Oren, reflecting on the book, wrote, “Impassioned, brilliant, and riveting, We Stand Divided is the essential book for understanding American Jewish-Israel relations. Gordis has made an outstanding contribution to the field.”

Gordis and his wife live in Jerusalem. They have three married children and two granddaughters.